Subscribe to jump to this part in the video!
Chapter 02

We need to get a database running: MySQL, Postgresql, whatever. If you already have one running, awesome! All you need to do is copy your DATABASE_URL environment variable, open or create a .env.local file, paste, then change it to match whatever your local setup is using. If you decide to do this, feel free to skip ahead to the end of chapter 4 where we configure the server_version.

Docker Just for the Database

For me, I do not have a database running locally on my system... and I'm not going to install one. Instead, I want to use Docker. And, we're going to use Docker in an interesting way. I do have PHP installed locally:

So I won't use Docker to create a container specifically for PHP. Instead I'm going to use Docker simply to help boot up any services my app needs locally. And right now, I need a database service. Thanks to some magic between Docker and the Symfony binary, this is going to be super easy.

To start, remember when the Doctrine recipe asked us if we wanted Docker configuration? Because we said yes, the recipe gave us docker-compose.yml and docker-compose.override.yml files. When Docker boots, it will read both of these... and they're split into two pieces just in case you want to also use Docker to deploy to production. But we're not going to worry about that: we just want to use Docker to make life easier for local development.

These files say that they will boot a single Postgres database container with a user called symfony and password ChangeMe:

The username changed from symfony to app in the newest recipe version.

It will also expose port 5432 of the container - that's Postgres's normal port - to our host machine on a random port. This means that we're going to be able to talk to the Postgresql Docker container as if it were running on our local machine... as long as we know the random port that Docker chose. We'll see how that works in a minute.

By the way, if you want to use MySQL instead of Postgres, you absolutely can. Feel free to update these files... or delete both of them and run:

to generate a new compose file for MySQL or MariaDB. I'm going to stick with Postgres because it's awesome.

At this point, we're going to start Docker and learn a bit about how to communicate with the database that lives inside. If you're pretty comfortable with Docker, feel free to skip to the next chapter.

Anyways, let's get our container running. First, make sure you have Docker actually installed on your machine: I won't show that because it varies by operating system. Then, find your terminal and run:

The -d means "run in the background as a daemon". The first time you run this, it'll probably download a bunch of stuff. But eventually, our container should start!

Communicating with the Container

Cool! But now what? How can we talk to the container? Run a command called:

This shows info about all the containers currently running... just one for us. The really important thing is that port 5432 in the container is connected to port 50700 on my host machine. This means that if we talk to this port, we will actually be talking to that Postgres database. Oh, and this port is random: it'll be different on your machine... and it'll even change each time we stop and start our container. More on that soon.

But now that we know about port 50700, we can use that to connect to the database. For example, because I'm using Postgres, I could run:

That means: connect to Postgres at 127.0.0.1 port 50700 using user symfony and talking to the app database. All of this is configured in the docker-compose.yml file. Copy the ChangeMe password because that last flag tells Postgres to ask for that password. Paste and... we're in!

If you're using MySQL, we can do this same thing with a mysql command.

But, this only works if we have that psql command installed on our local machine. So let's try a different command. Run:

again. The container is called database, which comes from our docker-compose.yml file. So we can change the previous command to:

This time, we're executing the psql command inside the container, so we don't need to install it locally. Type ChangeMe for the password and... we're back in!

The point is: just by running docker-compose up, we have a Postgres database container that we can talk to!

Btw, when you're ready to stop the container later, you can run:

That basically turns the container off. Or you can run the more common:

which turns off the containers and removes them. To start back up, it's the same:

But notice that when we run docker-compose ps again, the port on my host machine is a different random port! So, in theory, we could configure the DATABASE_URL variable to point to our Postgres database, including using the correct port. But that random port that keeps changing is going to be annoying!

Fortunately, there's a trick for this! It turns our, our app is already configured, without us doing anything! That's next.

I unfortunately also have a problem connecting. In docker-compose.yml a have the following setup:

However, when I use the command docker-compose exec database psql --user app --password app and give the password, I do get in which makes no sense to me. Could you please demystify?

by the way, symfony console doctrine:database:create gives the following error:

Docker is running on Windows 11, if i execute
docker-compose ps, the result is :

What is doing to resolve this mistake ?

Of if you don't want to (or cannot) install it locally - see the next chapter where we execute that psql command directly from the Docker container.

Thanks Victor for your answer.

i don't have installed psql locally. I'm going to see for install psql on my windows system.
i already saw in the next chapter the command to execute psql from Docker container and it's work very good.

Thanks a lot,
Laurent 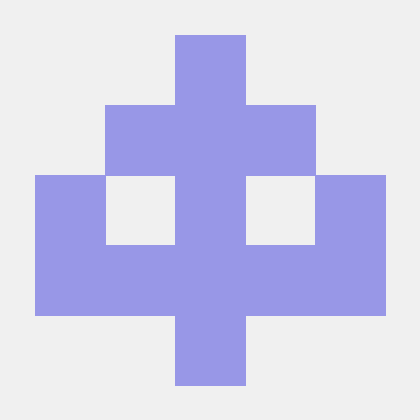 Is there a version of this with a mysql container. Tried using Postgres's but getting data from an existing mysql database to the Postgres container is too hard

figured it out (lost a lot of time because of the stupid ! at the start of the !ChangeMe! password......)

I'm happy to see you were able to find the solution! And thanks for sharing it with others :)

Hi, running command "docker-compose exec database psql --username symfony --password app" I'm prompted for a password, which I enter (to match the one in the docker compose file which is !ChangeMe! but then... it just hangs. Cursor flashes, but no response at all. I can connect to the database successfully using DBeaver (a GUI database client), it connects and can see the database fine. This is what I see at the terminal:
`$ docker-compose exec database psql --username app --password app
Password: !ChangeMe!

Hm, could you change that "!ChangeMe!" password in .env files to something without special chars, I guess that the exclamation char (!) may cause issues. And then restart the server and try to connect with the new credentials.

Thomas A. | posted 3 months ago

Hi and thanks for this new tutorial!

Am I missing something?

Oh sheesh - try this instead - changing "symfony" to "app":

Explanation: RIGHT after recording, the recipe was updated - you probably have the new version https://github.com/symfony/...