Subscribe to jump to this part in the video!
Chapter 34

Our script and link tags need to be updated for the new filenames. But... those filenames are now constantly changing!

Hmm. We need a map: a map to treasure. But also, another map that translates each original filename to the current, hashed filename. That map is called a manifest. And a new library - webpack-manifest-plugin - can create it!

Copy the package name, then find your terminal. Install it!

Perfect! At the top of webpack.config.js, import that with const ManifestPlugin = require() and then the library name:

That is it. Go stop webpack and restart it:

Ok, it dumped the same files... but now we have a new file: manifest.json! This thing is perfect! It's a map from the original filename to the current, hashed filename. It's almost as good as a treasure map! If we can get our server-side code to read this map... we are in business!

Oh, and just a note: any files copied by the copy-webpack-plugin are not in the manifest. They may add support for this to webpack-manifest-plugin in the future. But right now, even though it is possible to add hashes to the copied filenames... they won't show up in the manifest.

Oh, and quickly, add one option to the plugin: writeToFileEmit: true:

If you're using the webpack-dev-server, no files are written to web/build... including manifest.json. With this option, that file is always written. We need that... because we're about to read it inside our app!

Open up the base layout: app/Resources/views/base.html.twig. Whenever we reference an asset filename, we wrap it in this asset() function:

Thanks to that, in Symfony 3.3, we can configure a system that will look for that filename in manifest.json and replace it with the hashed version!

To activate it, open app/config/config.yml and, under assets, add a key called json_manifest_path set to %kernel.project_dir% - that points to the root of our project - /web/build/manifest.json:

View the page source. Huh... it's still not using the hashed filename. When you use the json_manifest_path system, it literally takes whatever string is passed to asset() - so build/layout.css - and looks for that in manifest.json. Oh! But the key is just layout.css: there is no build/! Can we add that prefix? Yep! With an option called basePath set to build/:

In a future version of the plugin, you may need to also set publicPath to build/.

Check out the manifest file. It's beautiful! And... refresh! Yes! It updates the path perfectly! Guys! We have built-in versioning! Whenever we update our files, Webpack will write a new filename and our app will use it.

This is great. But to take full advantage of it, you need to configure your web server to set a far-future Expires headers for everything in your /build directory... except for /build/static. 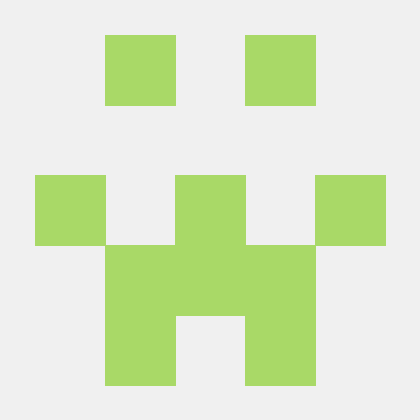 1. Hears "Any files copied by the CopyWebpackPlugin are not in manifet. They MAY add support in the future.."
2. Quickly opens up the manifest and spots the static files (with hashes)
3. Celebrates out loud! =)

Aaand that happens when I hurry up with celebration!

No wonder, it does not work :D

Yeah, looks like does not work yet. I think I found an opened issue that related to it: https://github.com/webpack-...