Webpack Encore: A Party for your Assets

Course Code This Video Course Script
This tutorial has a new version, check it out!

For example, in RepLogApp.js, we created this self-executing function to give our code a little bit of isolation:

That part isn't too important. But at the bottom, we are relying on there to be a global jQuery variable. It just must exist, or else everything will explode! On top, this becomes a $ variable in the function.

Open the base layout file - base.html.twig. The only reason our code works is that, at the bottom, yep! We have a script tag for jQuery, which adds a global jQuery variable:

And this is the process we've used for years: add a script tag for a JS library, then reference its global variable everywhere else.

I hate this! In RepLogApp.js, I just have to hope that jQuery was included correctly. That's madness, and it needs to stop. So, from now on, we have a new philosophy: if we need a variable in a file - like $ - then we need to require it in the same way that we are requiring Helper.

Check this out: open a third terminal tab - we're getting greedy! Then run:

Yep! We can use yarn to download front-end libraries! Oh, and you can search for package names on npmjs.com or npms.io.

This downloads jquery into the node_modules/ directory and adds it to package.json:

That's it! When a require path does not start with a ., Webpack knows to look for a package in node_modules/ with that name.

And now that we are properly importing the $ variable - yay us - remove $ and jQuery from the self-executing function:

Yep, when we use the $ variable below, it is no longer dependent on any global jQuery variable! Responsible coding for the win!

But... does it work? Try it! Go back to our site and refresh! It does! That's because, back on the terminal, if you run:

... yep! Our rep_log.js file now has jQuery inside of it - you know because it's now 300kb! Don't worry, we'll talk about optimizations later.

But the point is this: all we need to do is require the libraries we need, and Webpack takes care of the rest!

Let's require one more outside package. Search for "swal". We're using a really cool library called SweetAlert to bring up the delete dialog. But... the only reason this works is that, in the template, we're including a script tag for it:

Boo! Let's refactor this to require that library properly.

If you search for this package, you'll find out that it's called sweetalert2. Let's install it:

This time, delete the script tag entirely. We can't remove the jQuery script tag yet because we're still using the global variable in a few places. But, we'll fix that soon.

Then, in RepLogApp.js, remove the argument from the self-executing function: that global variable doesn't even exist anymore!

To prove it, refresh! Awesome!

swal is not defined

To get it back, add const swal = require('sweetalert2');:

As soon as we save this, Webpack recompiles, we refresh and... it works! Yes! We can use any outside library by running one command and adding one require line.

Let's use our new unstoppable skills to refactor our code into re-usable components. 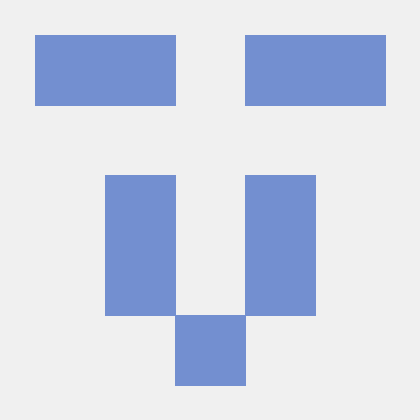 there Copy is now available: https://symfony.com/blog/en...

If you ever get a warning from Yarn like this:

Before you try to install jquery, please stop encore. I spent quite a while figuring out why yarn couldn't delete node_modules/.bin/encore... on my Windows 10 machine. *Doh!*

Nice tip, thanks for sharing it :)
Cheers!

I need some help.

I want to add an external js lib in the right way. This js lib needs to be in the same scope as my code in my entry.
All I have is the link the link: <script src="https://sdk.example.api.js"></script>

What I tried:
1. Adding the scripttag in to my HTML don't work because everything in scripttags lands in globalspace and is not able see my code in my WP entry.
2. downloading the script and importing it : import '../api.js' does not work the script throws an errormessage that it's not allowed to run the script like this and that I should load it like this: <script src="https://sdk.example.api.js"></script>

I have no idea how the script knows how its loaded but is there anything I can do?

Your approach of downloading the JS file and then importing it is the right way but I believe the library you're trying to use was written a way that's not compatible with Webpack. As an example, there are some old jQuery plugins that cannot be used with Webpack

Hi! everyone, after installing the sweetalert2 plugin, i'm having this error in the browser. After followed along all the steps.
- Installation (yarn add sweetalert2 --dev)
- Removing the script tag from index.html.twig
- Removing the swal global variable from the function argments at the top and the bottom
- Adding the require line (const swal = require('sweetalert2');)

In chrome, i'm having this error:

In Firefox developer edition, i'm having this one:

I've already checked on google, but I've just found something about a ".fire" function which is now available inside the "swal" object. Some said that it worked for them, but i'm so new to javascript, i don't even know where to put it in ryan's code. I've even try to install the same version on "jquery" and "sweetalert2" as him, but it doesn't change anything. I'm a symfony back-end developper (trying to become full-stack) and I'm just trying to start working with webpack since i know it's a great tool.

Don't know what to do. May i have a help please.

Well, i eventually found out it was just a version matter. The version above 8 seems (Cause mine installed version "sweetalert2@8.2.4") to not be working properly. So i installed the exact same version as Ryan ("sweetalert2@7.12.0"), and it does.

Thank you for getting back on this problem, it might be helpful for others.

Why is sweetalert2 installed with --dev? In Symfony, using composer the --dev makes sense for debug-pack, webserver, fixtures, etc. But SweetAlert (and jQuery, etc.) are using the final app, not just during development. Obviously, it works, but I'm uncertain about when something should be installed using --dev.

Good question! Actually, all your Node dependencies are dev because nothing of them is publicly available, right? Because node_modules/ as also assets/ folders are behind the server document root, i.e. outside of public/ folder. What to expose is up to you, and you do this with Webpack Encore that moves all the *prod* assets into the public/build/ folder that is available for everyone. So, technically ALL your Node packages that you install with npm/yarn are for *dev* only. But really, it is not important at all, you can move them all to the "dependencies" section and nothing will change. Really, you need to care about "devDependencies" and "dependencies" if you write a Node JS server application.

I hope it clarify things for you.

In my webpack.config.js i've added:

In my backend.js i've added

But when i run yarn run encore dev --watch i get errors. Hope someone could help me out.

... not to ignore your question... but I might have a better solution for doing this. Encore already supports PostCss (just call enablePostCss) - I see you added this manually in your code, but this isn't necessary. PostCss (as I think you know) can be used to integrate with autoprefixer. In fact, if I remember correctly, when you call enablePostCss(), Encore will give you an error that you need to create a config file, and the config contents it suggests include the code needed to enable autoprefixer (you likely already have this config file). So basically, you add one line to webpack.config.js, add one config file, install a few packages (which Encore will tell you) and... that should be it!

Let me know if this helps!

After adding the package and run the comment again, it says: FIX create a postcss.config.js file.

I've created this file at the root

And when i look in my compiled css
position: sticky; has now also position: -webkit-sticky; (created by autoPrefixer).

But i've some questions:
1. Now i need to add the postcss.config.js file to the root but is there a way to change the path, eq to /assets/configs/

But don't now how to use it within webpack.encore.js.
See my webpack.config.js below with an example but not working

Some other question, in the video about Copy image you mentioned that encore would have an copy feature in the future. Is this already being implemented?

Woohoo! I'm so happy it's working! This is exactly the "workflow" I was hoping people would have to enable this feature :).

> 1. Now i need to add the postcss.config.js file to the root but is there a way to change the path, eq to /assets/configs/

> 2. Some other question, in the video about Copy image you mentioned that encore would have an copy feature in the future. Is this already being implemented?

Booo. No, not yet. Here's the PR: https://github.com/symfony/.... It's blocked due to some problems in an upstream library. I'm not sure if we'll be able to work around that, or if we'll just need to implement something ourself.