Subscribe to jump to this part in the video!
Chapter 04

Our first big goal is to see if we can use Ansible to setup, or provision, an entire server that can run our MooTube app. To setup an empty VM, we'll use Vagrant with VirtualBox.

So before we start, make sure that you have VirtualBox installed: it's different for each OS, but should - hopefully - be pretty easy. Next, make sure you have Vagrant: it has a nice installer for every OS. On my Mac, surprise! I installed Vagrant via brew.

As long as you can type:

you're good to go.

If you're new to Vagrant, it's a tool that helps create and boot different virtual machines, usually via VirtualBox behind the scenes. It works by reading a configuration file... which we don't have yet. Let's generate it!

That just created a file - Vagrantfile - at the root of our project that will boot a VM using an ubuntu/trusty64 image. That's not the newest version of Ubuntu, but it works really well. You're free to use a different one, but a few commands or usernames and passwords might be different!

If you want to use the latest Ubuntu 18.04 LTS release, you'll need a few tweaks:

1) Change the VM box in Vagrantfile to:

Or ubuntu/xenial64 in case you're interested in Ubuntu 16.04 LTS release.

2) Ubuntu 18.04/16.04 requires a private SSH key to be specified instead of a simple password to login via SSH - Ansible can't log in into the server using just a username and password pair. Also, the Ansible user should be set to vagrant. You can specify all this information in the hosts.ini file for the VirtualBox host:

Make sure to uncomment private_network configuration as we did below in this code block to be able to connect to the 192.168.33.10 IP.

3) Notice, that Ubuntu 18.04/16.04 has the new pre-installed Python 3. In case you have an error related to Python interpreter, specify the path to its binary explicitly as:

4) Ubuntu 18.04/16.04 doesn't come with aptitude pre-installed, so you will need to install it first if you want to use the safe upgrade option for installed packages - we will talk about it later in this course. Just add one new task to your playbook before upgrading:

With that file in place, let's boot the VM!

Then... go make a sandwich! Or run around outside! Unless you've run this command before, it'll need to download the Ubuntu image... which is pretty huge. So go freshen up your cup of coffee and come back.

Thanks to the power of video, we'll zoom to the end! Zooooom!

When it finishes, make sure you can SSH into it:

By the way, Vagrant stores some info in a .vagrant directory. In a real project, you'll probably want to add this to your .gitignore file:

Our goal is to have Ansible talk to this new VM. For that, we need a dependable IP address for the VM. Check out the Vagrantfile that was generated automatically for us: it has a section about a "private network". Uncomment that!

For that to take effect, run:

If you're inside the VM, for stepping out of it simply run:

That should take just a minute or two. Perfect! And now we can ping that IP!

The VM represents a new host. And that means we need to add it to our hosts file! In hosts.ini, let's keep the local group and add another called vb, for VirtualBox. Under there, add the IP: 192.168.33.10:

We know that as soon as we make this change, we should be able to use the vb host:

That should work, right? It fails! The ping module does a bit more than just a ping, and in this case, it's detecting that Ansible can't SSH into the machine. The reason is that we haven't specified a username and password or key to use for SSH.

To see what I mean, try SSH'ing manually - the machine is setup with a vagrant user:

You may or may not get this error. Since I've used Vagrant in this same way in the past, it's telling me that last time I SSH'ed to this IP address, it was a different machine! We know that's ok - there's nothing nefarious happening. To fix it, I just need to find line 210 of my known_hosts file and remove the old fingerprint. I'll do that and save. Try it again:

It saves the fingerprint and then asks for a password. The password for the image that we're using is vagrant. That's pretty standard, but it might be different if you're using a different image.

It seems like the server requires a private SSH key file to be specified. Try to specify it as an identity file:

We're inside! So, how can we tell Ansible to SSH with username vagrant and password vagrant? The answer is... not surprising! These are two more variables in your hosts inventory file: ansible_user set to vagrant and ansible_ssh_pass=vagrant:

If you still can't SSH into the Vagrant box with Ansible using a simple username/password pair and continue getting an error like:

Try to specify the SSH private key instead of password. For this, change the line to:

Eureka! But, quick note about the SSH password. If this weren't just a local VM, we might not want to store the password in plain text. Instead, you can use a private key for authentication, or use the Ansible "vault" - a cool feature that lets us encrypt secret things, like passwords. More on that later.

But for now, our setup is done! We have a VM, and Ansible can talk to it. Next, we need to create a playbook that's capable of setting up the VM.

Hi!
Is possible that you have a error like this when you exec $ ansible vb -m ping -i ansible/hosts.ini:

Hm, that's interesting. As I understand, you are on Mac as me, but I do not have the problem you mentioned. Moreover, I do not have sshpass program installed, but "$ ansible vb -m ping -i ansible/hosts.ini" works well for me without any errors :/ The only ssh-related package I installed with Brew is "ssh-copy-id" - probably that's the key in my case.

Anyway, thanks for sharing your solution with others!

Hello victor , I've published a comment in https://knpuniversity.com/s... but Disqus says that is a SPAM comment!
I don't put any link external or strange thing....

Woops, looks like your message was considered as possible spam by Disqus, probably because it's pretty long ;) No problem, we look over our spam Disqus comments from time to time. I just approved your message.

It means you have too many private keys. Just run the command like this instead:

And to overcome the same error with ansible - append this to your ~/.ssh/config:

I have not found an option to pass this to ansible...

Thank you for sharing this solution with others!

After running into a few issues like getting the error "ValueError: insecure string pickle" using the ansible 2.4.2.0 discovered that it needs the sshpass library installed, you can use homebrew to install it but needed some extra googling to make it work on OS X, https://gist.github.com/aru...

Thanks for sharing your solution! I'm on Mac, and looks like I don't have sshpass lib installed, but I have never seen the error you mentioned. I have Ansible 2.4.1.0 installed, not sure it's due to patch version difference with your version, so I wonder what did you do to see that error? Thanks!

You share awesome examples with us, thanks a lot! Yeah, "[vb:vars]" is nice solution, I like this way because we don't need to write all the parameters in a one line, so it increases readability! But keep in mind that all those variables apply to the all hosts listed in [vb], which is not a problem for now though.

What about "ansible_python_interpreter" parameter - interesting idea! I haven't tested it yet, does it mean that we don't need to install "python-apt" package at all, right? If so - it's very sweet!

Thanks for the notes! I have a few questions:

1) On Ubuntu 16.4, was python-apt not already installed (is that why you installed it)? If not, we can add that as one of the first tasks in our playbook :).

2) You're right about there being a *slightly* better to use this :). We can set the private key in our hosts file:

Try this out - let me know if it works! And based on your answers, I can add some notes to the tutorial! It would be nice to mention some of the important differences on other versions of Ubuntu. 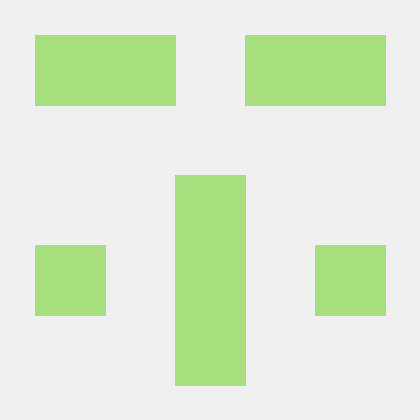 This works great! The other way I was getting an error about sshpass not being installed. I'm doing this from the Unix subsystem in Windows 10.

Awesome, thank you for letting us know this was the right way! :)

Thank you for the kind words! Really, Ansible is much easier than Chef and quite fun )

And yes, we'll do some interaction with AWS like creating EC2 instance with Ansible and deploy app to it at the end of this course, so stay tuned with us ;)

It makes sense to use ansible with Docker, or the dockerfile is the same thing that ansible does?

Good question :). And other people have had the same question - check out my answer here: https://knpuniversity.com/s...

This tutorial is built using an older version of Symfony, but the core concepts of Ansible are still valid. New versions of Ansible may contain some features that we don't use here.
Symfony 3 Ansible 2.1