Subscribe to jump to this part in the video!
Chapter 12

Our MixRepository service is sort of working. We can autowire it into our controller and the container is instantiating the object and passing it to us. We prove that over here because, when we run the code, it successfully calls the findAll() method.

But.... then it explodes. That's because, inside MixRepository we have two undefined variables. In order for our class to do its job, it needs two services: the $cache service and the $httpClient service.

Autowiring to Methods is a Controller-Only Superpower

I keep saying that there are many services floating around inside of Symfony, waiting for us to use them. That's true. But, you can't just grab them out of thin air from anywhere in your code. For example, there's no Cache::get() static method that you can call whenever you want that will return the $cache service object. Nothing like that exists in Symfony. And that's good! Allowing us to grab objects out of thin air is a recipe for writing bad code.

So how can we get access to these services? Currently, we only know one way: by autowiring them into our controller. But that won't work here. Autowiring services into a method is a superpower that only works for controllers.

Watch: if we added a CacheInterface argument... then went over and refreshed, we'd see:

That's because we are calling findAll(). So if findAll() needs an argument, it is our responsibility to pass them: there's no Symfony magic. My point is: autowiring works in controller methods, but don't expect it to work for any other methods.

Manually Passing Services to a Method?

But one way we might get this to work is by adding both services to the findAll() method and then manually passing them in from the controller. This won't be the final solution, but let's try it.

Perfect! The code in this method is now happy.

Back over in our controller, for findAll(), pass $httpClient and $cache:

So, on a high level, this solution makes sense. We know that we can autowire services into our controller... and then we just pass them into MixRepository. But if you think a bit deeper, the $httpClient and $cache services aren't really input to the findAll() function. They don't really make sense as arguments.

Let's look at an example. Pretend that we decide to change the findAll() method to accept a string $genre argument so the method will only return mixes for that genre. This argument makes perfect sense: passing different genres changes what it returns. The argument controls how the method behaves.

But the $httpClient and $cache arguments don't control how the function behaves. In reality, we would pass these same two values every time we call the method... just so things work.

Instead of arguments, these are really dependencies that the service needs. They're just stuff that must be available so that findAll() can do its job!

For "dependencies" like this, whether they're service objects or static configuration that your service needs, instead of passing them to the methods, we pass them into the constructor. Delete that pretend $genre argument... then add a public function __construct(). Copy the two arguments, delete them, and move them up here:

Anyways, autowiring works in the __construct() method of our services. So as long as we type-hint the arguments (and we have), when Symfony instantiates our service, it will pass us these two services. Yay!

And what do we do with these two arguments? We set them onto properties.

Create a private $httpClient property and a private $cache property. Then, down in the constructor, assign them: $this->httpClient = $httpClient, and $this->cache = $cache:

So when Symfony instantiates our MixRepository, it passes us these two arguments and we store them on properties so we can use them later.

Watch! Down here, instead of $cache, use $this->cache. And then we don't need this use ($httpClient) over here... because we can say $this->httpClient:

This service is now in perfect shape.

Back over in VinylController, now we can simplify! The findAll() method doesn't need any arguments... and so we don't even need to autowire $httpClient or $cache at all. I'm going to celebrate by removing those use statements on top:

Look how much easier that is! We autowire the one service we need, call the method on it, and... it even works! This is how we write services. We add any dependencies to the constructor, set them onto properties, and then use them.

By the way, what we just did has a fancy schmmancy name: "Dependency injection". But don't run away! That may be a scary... or at least "boring sounding" term, but it's a very simple concept.

When you're inside of a service like MixRepository and you realize you need another service (or maybe some config like an API key), to get it, create a constructor, add an argument for the thing you need, set it onto a property, and then use it down in your code. Yep! That's dependency injection.

If you need something, instead of grabbing it out of thin air, force Symfony to pass it to you via the constructor.

This is one of the most important concepts in Symfony... and we'll do this over and over again.

Okay, unrelated to dependency injection and autowiring, there are two minor improvements that we can make to our service. The first is that we can add types to our properties: HttpClientInterface and CacheInterface:

That doesn't change how our code works... it's just a nice, responsible way to do things.

But we can go further! In PHP 8, there's a new, shorter syntax for creating a property and setting it in the constructor like we're doing. It looks like this. First, I'll move my arguments onto multiple lines... just to keep things organized. Now add the word private in front of each argument. Finish by deleting the properties... as well as the inside of the method.

That might look weird at first, but as soon as you add private, protected, or public in front of a __construct() argument, that creates a property with this name and sets the argument onto that property:

So it looks different, but it's the exact same as what we had before.

Next: I keep saying that the container holds services. That's true! But it also holds one other thing - simple configuration called "parameters".

I've been following along with these great tutorials and find myself a bit stuck. For this example I have 3 classes:

When I try to execute the code I get:
Uncaught Error: Too few arguments to function App\AbstractClassThree::__construct(), 0 passed in /src/AbstractClassTwo on line 35 and exactly 1expected.

Any help much appreciated!

I edited your post just to make it a tad bit easier to read the classes and what they are doing. Anywho, I spent a few minutes playing around with this use case and I think I see what the problem is.

Symfony is great managing parent services when they only extended one level. E.g. Class One extends Abstract Class Two. But when we throw in a second abstraction level into the mix, we start hitting limitations with Symfony's auto-wiring and PHP's inheritance.

Otherwise Three's constructor is never called. Even when I tried your example using the "Common Dependency Method" shown in the docs: https://symfony.com/doc/current/service_container/parent_services.html - I had the same issue.

I Hope this helps!

Thanks for the response and the time to dig in to find a solution. I also noticed in the docs (just above this line: https://symfony.com/doc/current/service_container/injection_types.html#immutable-setter-injection):

I had also gotten your solution to work, it just seemed a little ugly compared with the way dependency injection usually seems to work. 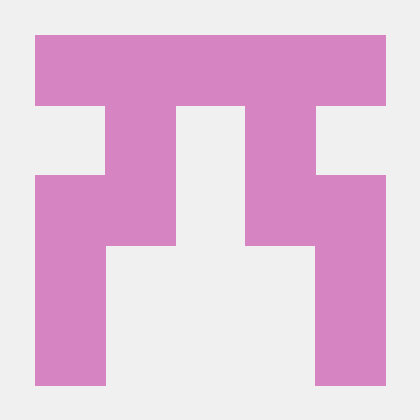 after the one years of struggling with Symfony first time i start to understand what Symfony is? and how it works?
many thanks for your work!

Is it a question? :) Like do you want to know if SymfonyCasts tutorials will help you to understand Symfony framework better after a year of its learning on our platform? Or are you just leaving feedback about SymfonyCasts?

it was actually a compliment sir..
i watched plenty of videos like 'symfony for beginners' or 'creating a blog system with symfony' but none of them explain what Symfony is. before watch your videos i was know to how to code with Symfony but i had no idea about how that machine works : )

thank you for your effort and forgive my terrible English..
i hope to made myself clear : )

Ah, I see! The question marks in your first message confused me a bit :)

Thank you for your kind words about SymfonyCasts - that's exactly what our mission is, we're trying to explain complex things in a simple and understandable way for everyone, even newcomers :) So, we're really happy to hear our service is useful for you ;)

Bonjour!!
If I would like to use loop in my navbar (dropdown-menu) to show all the availble elements how I can declare a global variable in this case?
`I did that way:

I have difficulty because I can't use findAll() method easily outside the repository and my project is very big so I can't declare it in every single page.

Any idea or soloution about that please?
Many thanks for your help :)

If you have a static value for the global variable or when you need to make some env var global in twig - you can use this way: https://symfony.com/doc/current/templating/global_variables.html

But if you need a data from your repository - probably that global Twig var won't help you. In this case, you can create a custom Twig function that will return whatever you want, we're talking about custom Twig functions here: https://symfonycasts.com/screencast/symfony4-doctrine/twig-extension

Or you can check the Symfony's Twig docs about it.

Hi! Thanks for understanding my problem correctly.
Gonna try your suggestion!

You're welcome! Good luck with it ;)