Subscribe to jump to this part in the video!
Chapter 06

We just installed a new package by running composer require templates. Normally when you do that, Composer will update the composer.json and composer.lock files, but nothing else.

But when we run:

There are other changes. This is thanks to Flex's recipe system. Each time we install a new package, Flex checks a central repository to see if that package has a recipe. And if it does, it installs it.

Where do Recipes Live?

Where do these recipes live? In the cloud... or more specifically GitHub. Check it out. Run:

This is a command added to composer by Flex. It lists all of the recipes that have been installed. And if you want more info about one, just run:

This is one of the recipes that was just executed. And... cool! It shows us a couple of nice things! The first is a tree of the files it added to our project. The second is a URL to the recipe that was installed. I'll click to open that.

Yep! Symfony recipes live in a special repository called symfony/recipes. This is a big directory organized by package name. There's a symfony directory that holds recipes for all packages starting with symfony/. The one we were just looking at... is way down here: twig-bundle. And then there are different versions of the recipe based on your version of the package. We're using the latest 5.4 version.

Every recipe has a manifest.json file, which controls what it does. The recipe system can only do a specific set of operations, including adding new files to your project and modifying a few specific files. For example, this bundles section tells flex to add this line to our config/bundles.php file.

If we run git status again... yup! That file was modified. If we diff it:

It added two lines, probably one for each of the two recipes.

By the way, config/bundles.php is not a file that you need to think about much. A bundle, in Symfony land, is basically a plugin. So if you install a new bundle into your app, that gives you new Symfony features. In order to activate that bundle, its name needs to live in this file.

So the first thing that the recipe did for twig-bundle, thanks to this line up here, was to activate itself inside bundles.php... so that we didn't need to do it manually. Recipes are like automated installation.

The second section in the manifest is called copy-from-recipe. This is simple: it says to copy the config/ and templates/ directories from the recipe into the project. If we look... the recipe contains a config/packages/twig.yaml file... and also a templates/base.html.twig file.

Back at the terminal, run git status again. We see these two files at the bottom: config/packages/twig.yaml... and inside of templates/, base.html.twig.

I love this. Think about it: if you install a templating tool into your app, we're going to need some configuration somewhere that tells that templating tool which directory to look inside of to find our templates. Whelp, go check out that config/packages/twig.yaml file. We're going talk about these Yaml files more in the next tutorial. But on a high level, this file controls how Twig - the templating engine for Symfony - behaves. And check out the default_path key set to %kernel.project_dir%/templates. Don't worry about this percent syntax: that's a fancy way to refer to the root of our project.

The point is, this config says:

Hey Twig! When you look for templates, look for them in the templates/ directory.

And then the recipe even created that directory with a layout file inside. We'll use this in a few minutes.

The last unexplained file that was modified is symfony.lock. This is not important: it just keeps track of which recipes have been installed... and you should commit it.

In fact, we should commit all of this stuff. The recipe might give us files, but then they are our's to modify. Run:

Done! By the way, a few months down the road, there might be changes to some of the recipes that you've installed. And if there are, when you run

you'll see a little "update available" next to them. Run composer recipes:update to upgrade to the latest version.

Oh, and before I forget, in addition to symfony/recipes, there is also a symfony/recipes-contrib repository. So recipes can live in either of these two places. The recipes in symfony/recipes are approved by Symfony's core team, so they're a bit more vetted for quality. Other than that, there's no difference.

Our Project Started as One File

Now, the recipe system is so powerful that every single file in our project was added via a recipe! I can prove it. Go to https://github.com/symfony/skeleton.

When we originally ran that symfony new command to start our project, what that really did was clone this repository... and then ran composer install inside of it, which downloads everything into the vendor/ directory.

Yup! Our project - the one that we see right here - was originally just a single file: composer.json. But then, when the packages were installed, the recipes for those packages added everything else we see. Run:

again. One recipe is for something called symfony/console. Check out its details:

Okay next: we installed Twig! So let's get back to work and use it to render some templates! You're going to love Twig.

all these bundles recipes etc. stuff seemed so boring before I watched these tutorials, thanks for this !

A recipe comes from a Symfony bundle or component, and it's just a set of instructions that are run after you install it. Usually, a recipe adds a default config file, or a bundle registers itself in the config/bundles.php file 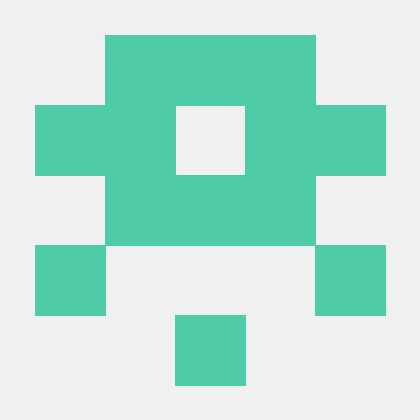 When i execute composer recipes cmd thas this:
Command "recipes" is not defined.

before with flex also have trouble

¿what does it do this?

Could you double-check that Symfony Flex is installed and up to date in your project?
Oh, you may also have to upgrade Composer to version 2

Hi! thanks for your answer. I'd resolve it. The problem was the version of PHP it was installed. Symfony requires 8.1 and i had 8.0. Once i upgraded php and run composer update on cmd everything started to work smoothly.