Thanks! This saves us from needing to use Flash or encode videos in multiple formats. And that let's us get back to making more videos :). But as always, please feel free to message us.
Previous Challenge

Now that we're on Symfony 5.4, our job is simple: hunt down and update all of our deprecated code. As soon as we do that, it will be safe to upgrade to Symfony 6. That's because the only difference between Symfony 5.4 and 6.0 is that all the deprecated code paths are removed.

Fortunately, Symfony is amazing and tells us - via the web debug toolbar - exactly what code is deprecated. But understanding what all of these mean... isn't always easy. So before we even try, we're going to automate as much of this as possible. And we're going to do that with a tool called Rector.

Head to https://github.com/rectorphp/rector. This is an awesome command-line tool with one job: to automate all sorts of upgrades to your code, like upgrading your code from Symfony 5.0 compatible code to Symfony 5.4 compatible code. Or upgrading your code to be PHP 8 compatible. It's a powerful tool... and if you want to learn more about it, they even released a book where you can go deeper... and also help support the project.

All right, let's get this thing installed! Head over to your terminal and run:

Beautiful! In order for rector to work, it needs a config file. And we can bootstrap one by running rector with:

Awesome! That creates the rector.php file... which we can see over at the root of our project.

The latest version of Rector will generate config that looks a bit different than this. But don't worry, it still works exactly the same.

Inside of this callback function, our job is to configure which types of upgrades we want to apply. These are called "rules" or sometimes "set lists" or rules. We're going to start with a set of Symfony upgrades.

Configuring Rector for the Symfony Upgrade

If you look back at the documentation, you'll see a link to a Symfony repository where it tells you about a bunch of Symfony "rules" - fancy word for "upgrades" - that they've already prepared! That was nice of them!

The config on this page will now look different than in the video. But, it still works the same. Copy the latest version into your app.

Below, copy the inside of their callback function... and paste it over what we have.

This points Rector to a cache file that helps it do its job... and most importantly, it tells Rector that we want to upgrade our code to be Symfony 5.2 compatible, as well as upgrade our code to some Symfony code quality standards and "constructor" injection. If you want to know more about what these do, you could follow the constants to check out the code.

But, wait, we don't want to upgrade our code to Symfony 5.2! We want to upgrade it all the way to Symfony 5.4. You might expect me to just put "54" here. And we could do that. But instead, I'm going to use SymfonyLevelSetList::UP_TO_SYMFONY_54. Oh... it looks like I also need to add a use statement for SymfonySetList::. Let me retype that, hit "tab" and... great!

And... that's it! We're ready to run this. But before we do, I'm curious what changes this will make. So let's add all of the changes to git... and commit. Perfect!

To run Rector, say ./vendor/bin/rector process src/. We could also point this at the config/ or templates/ directories... but the vast majority of the changes it will make apply to our classes in src/:

And... it's working! Awesome! Eight files were changed by Rector. Let's scroll to the top. This is cool: it shows you the file that was changed, the actual change and, below, which rules caused that change.

There was also a change to a class in Kernel... and a few other similar things. Near the bottom, the Symfony code quality set list added a Response return type to every controller. That's optional... but nice!

So it didn't make a ton of changes, but it did fix a few deprecations without us needing to do anything.

Though... it's not perfect. One problem is that, sometimes, Rector will mess with your coding style. That's because rector doesn't really understand what your coding style is... and so it doesn't even try. But that's by design and will be easy to fix.

Second, while it did change the interface from UserPasswordEncoderInterface to UserPasswordHasherInterface, it inlined the whole class name... instead of adding a use statement.

So Rector is a great starting point to catch a bunch of changes. But we're going to need to take what we've found and finish the job. Let's do that next. We'll do part of that by hand... but a lot of it automatically with PHP CS Fixer.

Hey
When I execute this commande "./vendor/bin/rector init", the response : "." is not recognized as an internal control !!
I'm on window. Can someone help me? Than's.

That sounds like a Windows error. I believe it's due to the way you're trying to execute rector, instead of using ./path/to/file execute it through PHP php vendor/bin/rector init

Hey MollKhan
Thanks for your help, it allows me to continue the course. 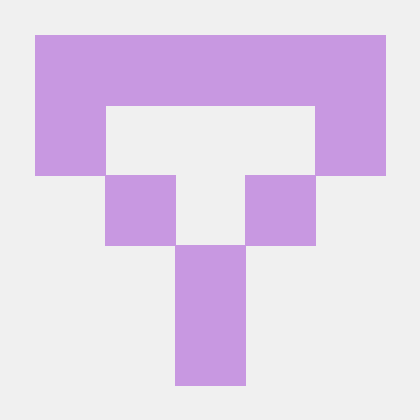 you should update reactor config to look like https://github.com/rectorphp/rector-symfony

Unfortunately, we can't change the code that was already recorded on the video. However, we can add notes to the code script and video. We will consider adding a note about it, thanks for pointing into it!

Haha, yea, they updated the config format WHILE I was recording the video - so I actually mention this new format later. But yes, we should add a note in this chapter about it so people aren't surprised when things look different.