PHPUnit (Legacy): Testing with a Bite

Buy Access to Course
Course Code This Video Course Script
This tutorial has a new version, check it out!

Subscribe to jump to this part in the video!
Chapter 04

I want to add a new getSpecification() method to the Dinosaur class that will return a string description - like:

Test done! Step 2 is to write the minimum amount of code to get this test to pass. In Dinosaur, add public function getSpecification(). So... what's the smallest amount of code we can write? We can just return a hardcoded string!

Ha! It passes! The third step to TDD is refactor... which I don't think is needed in this case.

Wait, what? You don't like my hardcoded string? Looks like you're missing the last boat back to the mainland. Just kidding ... I know, returning a hardcoded string is silly... and I don't do this in real life. But it shows off an important thing with TDD: keep your code simple. Don't make it unnecessarily fancy or cover unnecessary use-cases. If you do have an edge-case that you want to cover, add the test first, and then code for it.

Set its length to 12. This time, the specification should be:

Test done! Let's write some code! Start in Dinosaur: I'll add a __construct() method with a $genus = 'Unknown' argument and $isCarnivorous = false. Add these two properties to the class. I'll go to the Code menu and then to Generate - or press Command+N on a Mac - select "ORM Annotations" to add annotations above each method. We don't technically need those right now... but it'll save time later.

Down in the constructor, set both properties to their values. The default values for each argument match our first test.

In getSpecification(), we can't really fake things anymore. Return sprintf() and the original string, but replace the variable parts with %s, %s and %d.

Perfect! Find your terminal and run the tests!

Passing! Now to step 3... refactor! And this time... I will! Let's include the word carnivorous in the string. Then below, just print non- if needed. I don't even need to think about whether or not I made any mistakes. Just run the tests!

I love it! Testing gives you confidence!

Next! Let's create a DinosaurFactory - because that sounds awesome.

I don't understand TDD, really what it does is test, the only difference I see, is you finally have to think about refactoring. But from that I don't see any other difference. Because the first steps are the ones always used, use less code to complete the test. I guess I need more example to compare. You can help me understand better.

TDD is a technique to develop software. It helps with refactoring because it covers your back. After a refactoring you can run your tests and see if nothing broke. The essence of TDD is to be able to guarantee the behavior of your code, and to develop code that's easier to maintain, change and test.
I strongly recommend you to practice TDD all the time you can, the more you practice the more you will convince yourself about the benefits of it 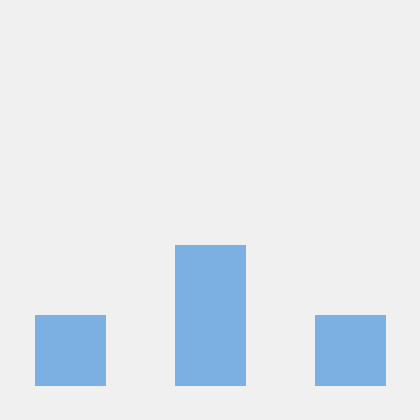 I am getting this error:
ArgumentCountError: Too few arguments to function App\Entity\Dinosaur::__construct(), 0 passed in /Users/sumeet.gupta/Desktop/Symfony/my_project_name/tests/Entity/DinosaurTest.php on line 20 and exactly 2 expected

Looks like you forgot to pass a few required arguments to the Dinosaur entity when create it. Please, check your DinosaurTest.php on line 20.

While the fundamentals of PHPUnit haven't changed, this tutorial *is* built on an older version of Symfony and PHPUnit.
Symfony 3 PHPUnit 6